Legion is out and it’s time to get to work at becoming better than everyone else.

So how are you going to do that? — With Gold of course.

Gold has always been the heart of the game, the more of it you have, the better off you are — there’s no such thing as too much.

With gold you can have everything the game has to offer. Cool mounts, rare pets, epic gear, item enhancements, and the ability to pretty much buy anything you want.

Individual A owns the Secret Gold Guide and has put it to good use, earning tens of thousands of gold in a few weeks. He decides to start a new character. He goes to the character creation screen, makes his character, and then runs it to the nearest mailbox.

When he gets to that mailbox he opens a letter from his auction character and inside of it is 5,000 gold and a bunch of gear. He now has a leveling advantage, with 5,000 gold and starter gear he doesn’t have to take time looting anything at all, just quest and go.

This same individual just reached level 100 and decides that he wants to pick up Blacksmithing.

Individual B decides to start a new character, he logs into the game and immediately begins to quest. As he levels to 100 he is also short on gold for other things that would make leveling easier, such as mount training.

By level 40 he realizes his gear is subpar and when he goes to the auction house to upgrade he can’t even afford one piece. He must spend time with gathering professions or farming things in order to get himself to level 100. This takes 3x as long as individual A.

He finally gets to level 100 and then decides he wants to do Blacksmithing. He cannot afford any of the materials so he will have to farm them himself. So he goes to learn mining. Now he must either farm fragments in Legion to get his skill high enough or go back and farm old ore and do old Blacksmithing recipes.

This takes him hours, then days, and finally after about two weeks his mining and his Blacksmithing are around 650, it takes him another week just to finish it off to 700.

WHICH INDIVIDUAL DO YOU WANT TO BE?

Most people say A because life is so much easier with gold. Unfortunately, most people don’t have enough or run out of it very quickly.

That’s where we come in.

We’ve been finding the best ways to make gold since the beta of the original World of Warcraft, yes, it’s been a long time. The Secret Gold Guide has been voted the #1 gold making guide on the Internet for many years now and we have no intention of giving up that title anytime soon.

LEGION offers many new things to farm up some gold, but it’s not always the new things that are the most lucrative.

What people sometimes fail to understand is that when your gear gets more powerful and your levels increase, the time it takes to farm the older areas get’s faster, and because you’re that much more powerful you can farm other areas in previous expansions for massive gold that you couldn’t at level 100 with the best gear.

The best part about new expansions is that items from older expansions go up in value as more people are occupied in the current expansion and the amount of items being farmed in older expansions nearly diminishes. Most people would rather spend a lot of gold on old world items rather than dedicate the time to farm them.

This is where gold makers really start to shine.

Not just the regular gold everyone earns but you’re going to earn the best gold there is by doing as we tell you to, it’s that easy. 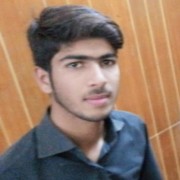 Unlock the Power of Turmeric

How to do get income with Zcode System?

Be taught Photograph Modifying for Newbies